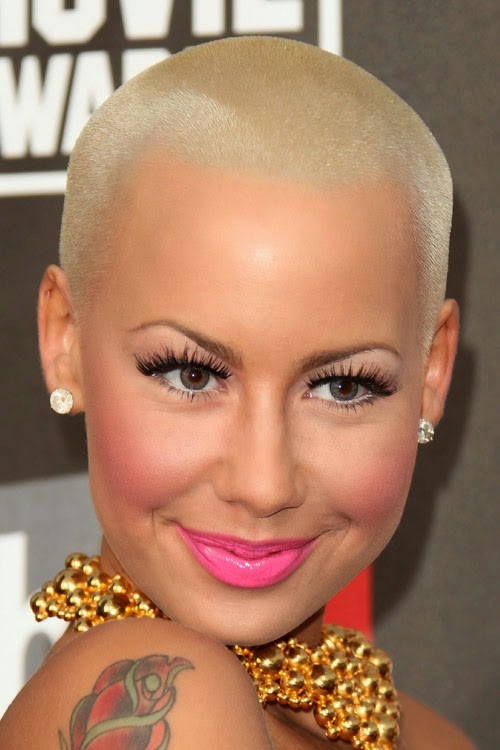 Until last week, I had no idea who Amber Rose was, nor did I understand why everyone was going crazy over her Instagram account. By now, though, I know who she is, and by the looks of her Instagram account, she really likes string, and really hates clothes. Good for her. String is very useful, and sometimes clothes can be cumbersome. Her penchant to wear string as clothes, however, confuses me, but hey, she’s her own woman.

What I still don’t understand, though, is why everyone was going crazy over her string-as-clothes selfie. As predictable, many people ogled and then called her a slut and whore, as per patriarchal protocol, and then people said she is setting women back by not dressing “respectably”, and of course, some brought up that she’s a mother and should know better.

The claim that she is “setting women back” by posting selfies of her nearly nude is as ridiculous as thinking that women posting selfies of themselves nearly nude is a threat to women. As long as they are taking these pictures of their own volition and not under any duress, then where is the problem? The Hobby Lobby decision is a threat to women. The new House of Representatives, who tried to push through a bill limiting abortion rights not even a month after being sworn in, is a threat to women. There are a bunch of old men who have never in their lives had vaginas actively trying to regulate vaginas more than they wish to regulate things that are ACTUAL threats to our lives, like chemical pollution in drinking water and guns. You’d think that vaginas were Cthulhu or something. Disproportionate sexual assaults and loose laws to deal with them are a threat to women. Then of course, things that are threats to men, like poverty, income inequality, crime, are threats to women. You realise Cee-Lo Green, who essentially admitted to drugging and raping someone, and Bill Cosby are still on the loose? A buzzcut blonde woman who wears dental floss as clothes is NOT a threat to womankind. 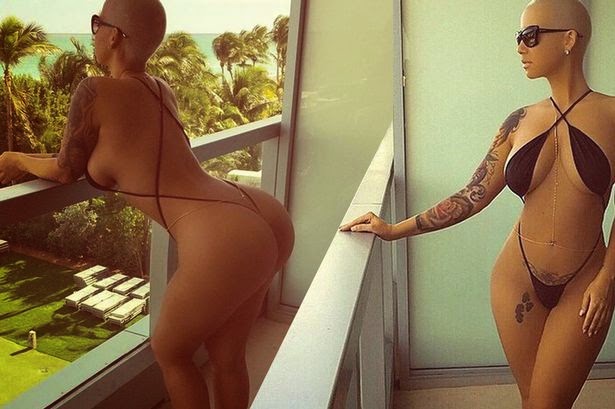 To the “She should know better, she’s a mother” point, I must ask, “So what?” What is this “better” thing that she should know? Mothers are no longer allowed to be sexy? Someone had to have found them attractive, because that is the first step in long process of making a baby. (In Ms. Rose’s case, I assume the second step is getting a pair of scissors so that she can undress.) Why should a mother no longer do things that she did before, so long as she’s not hurting her child? There is an entire million-dollar niche industry in porn that is centered around sexy mothers and their clothes-optional adventures. So why is it so bad that Amber Rose, mother of one, still wants to feel sexy, and acts on that want?

This same tripe was lobbed Beyonce any time she performed after she had Blue Ivy. How dare she go out and perform in skimpy clothes and dance and sing about sex? THAT IS HER JOB. Beyonce is a performer. Just because she is a mother, she still has a job to do, and nowhere in her work connotes that she must now wear an over-sized grey poncho and only talk about her baby and motherhood. Mothers are not saints. They are not exalted to asexual seraphims after they have had children. They are humans, and they have the right to have human desires, like wanting to look good/sexy, doing whatever their jobs are, and not being judged by hypocrites who like have a pile of Mom-on-Teens porn stashed on their thumb drives labeled “Taxes”.

This all just harkens to  the ridiculous double standard that we have that claims that women must be chaste, virginal vessels of tranquility, especially after they’ve had a child, even though men can go by the credo “boys will be boys” and get away with anything. Who the hell do you think boys are “being boys” with? People who have this view generally have a problem with boys being boys with other boys, so there are obviously girls “being girls” with the boys. 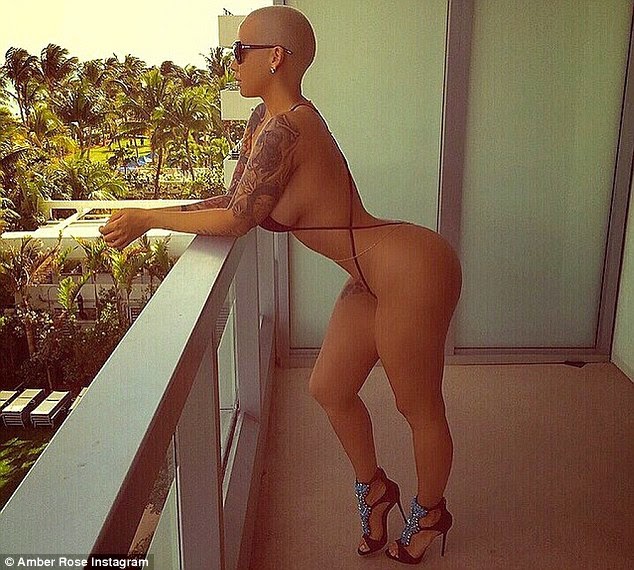 Being hot and showing it off establishes absolutely no evidence about one’s aptitude for raising a child. If Beyonce and Amber Rose want to act/feel attractive and express it and want to continue to sing and dance and...whatever the hell Amber Rose does...as long as they’re not hurting anyone, you sound really dumb criticising them.Maybe if we spent more time registering to vote than we did going nuts over some woman’s selfies, perhaps we wouldn’t have such an inept Congress, and women everywhere would not have their uteruses regulated as if they were guns.