RAND PAUL IS RUNNING FOR PRESIDENT! This is exciting news to all Bro-dudes out there. Rand Paul IS the voice of the moderately privileged white frat dude who will most likely ask you if you lift, bro.

You may think this is a broad statement, but look at the merchandise on his site! There are Rand Paul beer cozies. You can get Rand Paul shot glasses. Rand Paul beer steins!  If you have $1,000, you can buy an autographed US Constitution, because if you support Rand Paul, you likely have as warped a sense of history as he does and think he wrote it anyway! You can get a shirt that says, “Don’t Drone Me, Bro!”…that is only available at Yemeni campuses, actually. Want to know who your REAL bro-dogs are? All of you need to get the Rand Paul dog tags! It’s not gay if we ALL buy them! If you want to get all the bitches, get the “Unleash the American Dream” t-shirt! It’s got a dog wearing sunglasses and Rand Paul dog tags, holding an American Flag! It’s Broception©! Get the Rand Paul flip-flop sandals for Spring Break. You like music, bro? Get the Beats By Rand!..decals for your Beats by Dre headphones. Cold? Get yourself a Rand Paul Hoodie (not available for African Americans in Florida)! 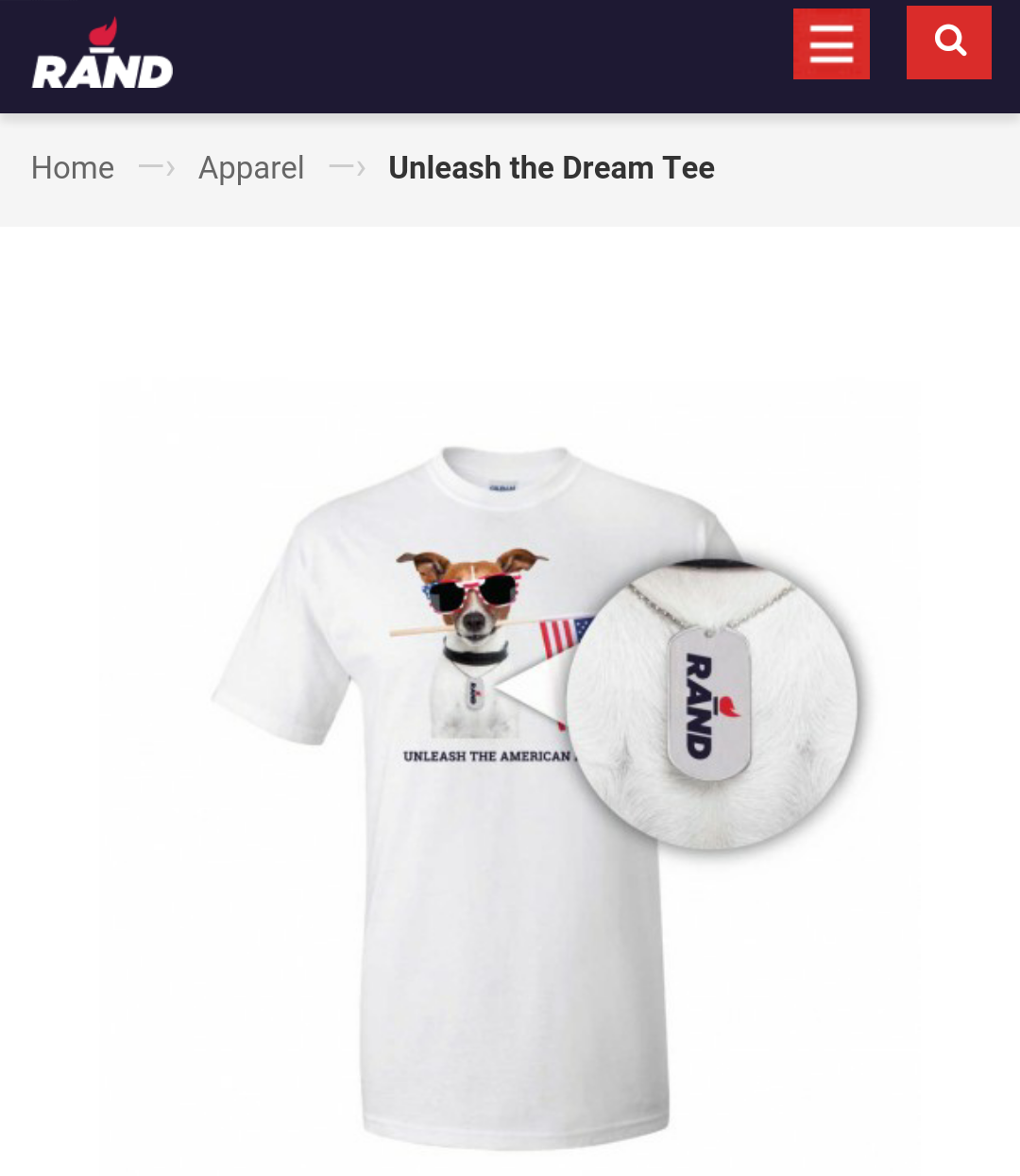 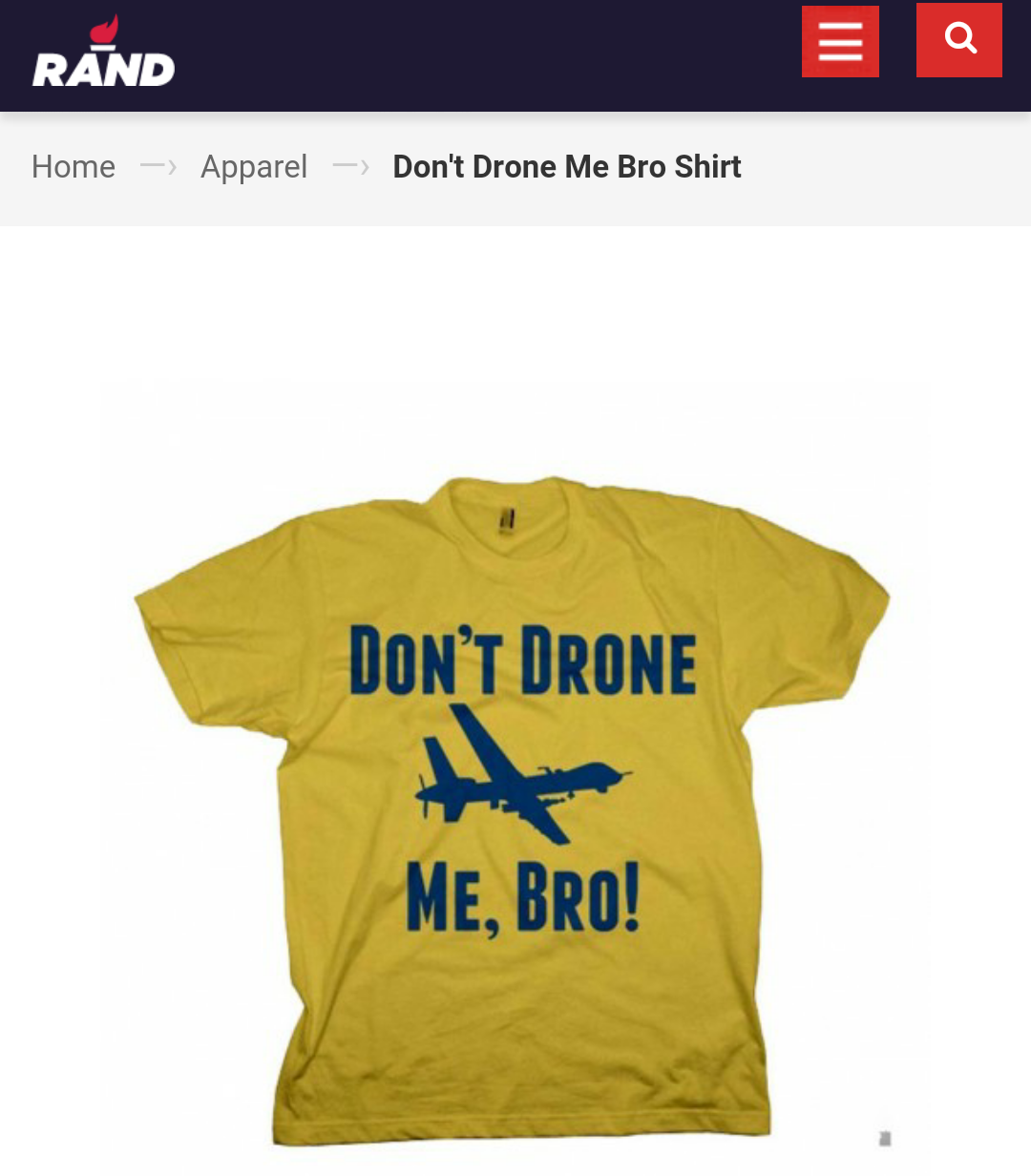 The Pièce de résistance…sorry. This is an AMERICAN post…The King Shit is the Rand Paul Corn Hole game! CORN HOLE! Is your brorection© raging right now? You can DESTROY your friends via corn hole and stand with Rand at the same time! YOU can be the corn hole king, bro! 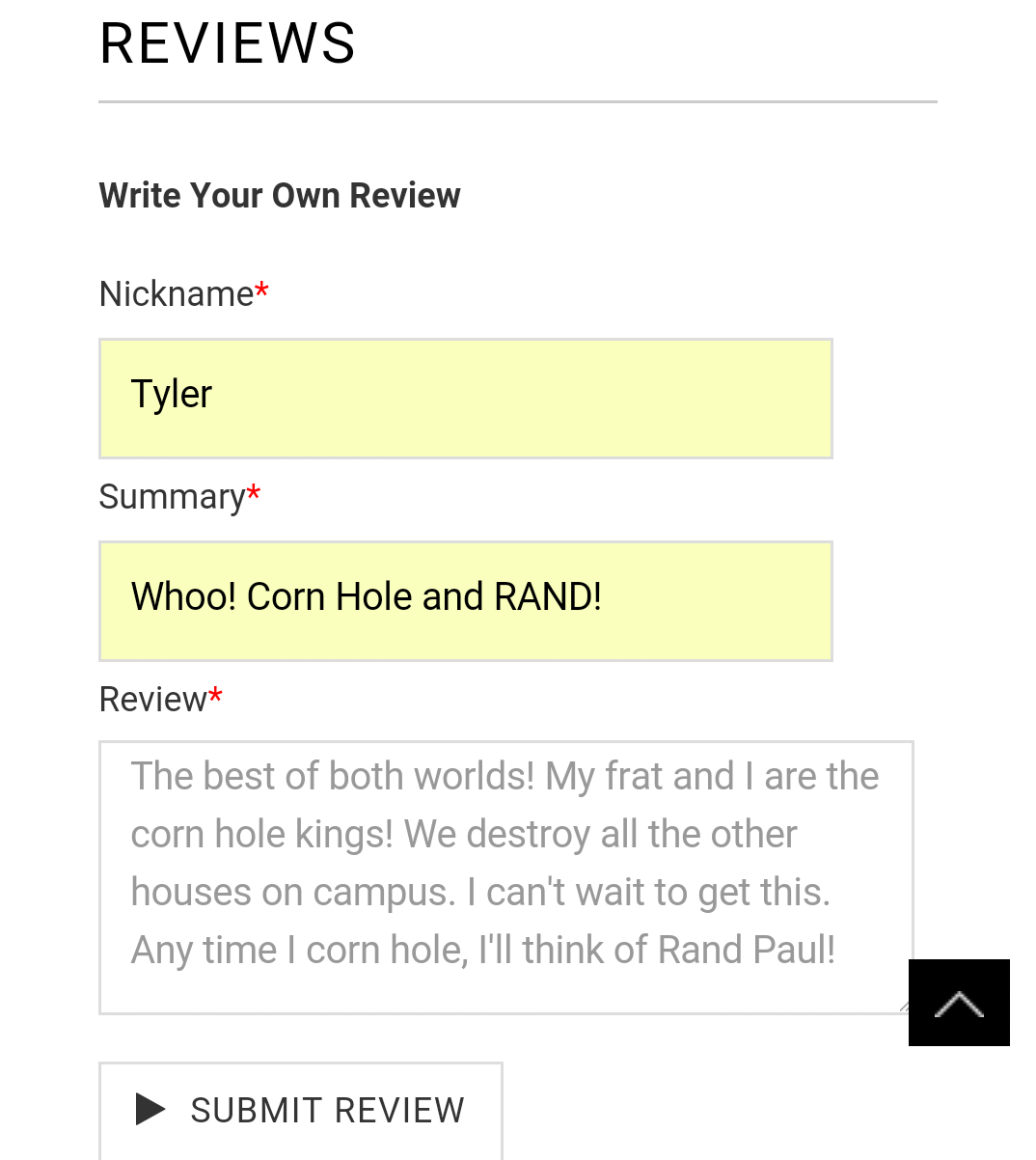 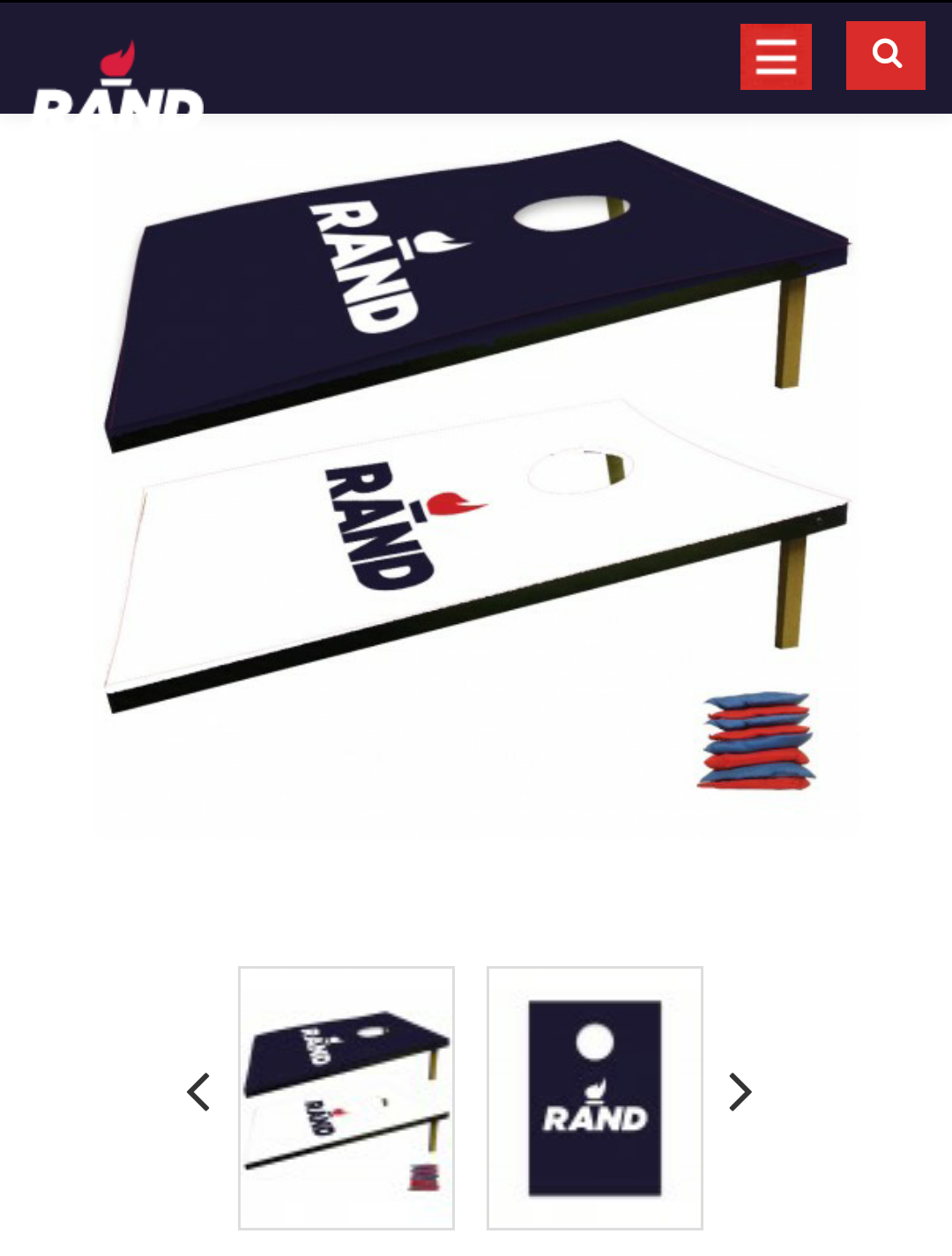 Corn Holing with Rand is the next big thing. Rand Paul has the bro-dude voting bloc on LOCK!

So get all that sweet merch, bro, and the next time you go corn holing, think of Rand Paul!