Pride and the Prejudiced 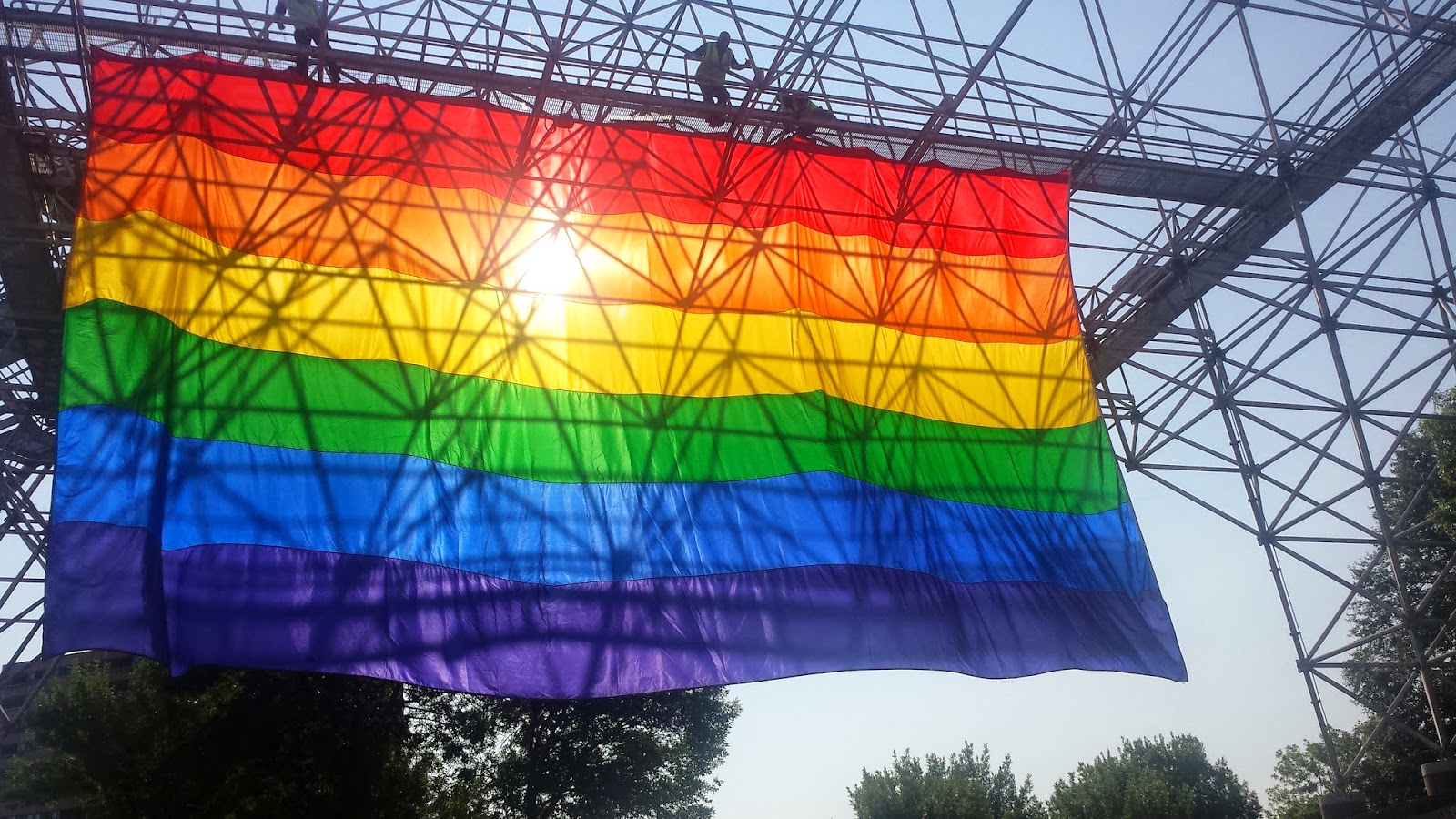 Summer in Rochester is great, because there is a festival nearly every weekend. On 18-20th July, the annual Rochester Pride Festival occurred, complete with a flag ceremony, a parade, a HUGE festival, and a picnic. I volunteered every day of the festivities, as I am want to do. If you are supportive of a cause, it is a lot more fulfilling to physically help than just re-tweet snarky quotes...thought snarky quotes are fun to do as well.


Another fun thing I like to do is go to the Pride Parade. I go there with a few of my friends and stand next the the anti-gay religious zealots holding giant hateful signs and heckle the parade via bullhorn, and we protest them. We hold signs full of sarcasm, and they usually take a few minutes to realise that we are not with them, and they look more like idiots than they before. They also direct their hate speech to us, but at least they’re not berating the parade-goers. Some of the crowd favourites of our signs were the following:


The latter one is not true, though. They are likely pretty racist as well.


While I would counter their screams of, “YOU’RE GOING TO HELL!” with screams of, “ONLY CLOSET CASES USE BULLHORNS!”, they definitely started to run out of excuses for their mind set. They claimed that gay people were performing witchcraft. Gay readers, is this true??? The you bump dicks, do you turn into frogs or wolves or something? If so, where do I sign up? I want to be a velociraptor! You've been holding out! The bigots then went into how selfish everyone there was, and that they don’t want to share their toys. This explains a lot: all this time, I thought homophobic bigots who hide behind religion and heckle parades are made up of extremely closeted people who are hiding their true selves by hating on open people. They are actually middle children who didn't get enough attention when they were young! It was all about Marsha, Marsha, Marsha! Parents, pay attention to your middle children, or they’ll waste their time berating people for no reason!


My favourite moment of the Parade was when I was my way to volunteer for the Festival after some good-hearted ribbing, People wanted to take pictures of me next to a sign-waving bigot, and I obliged. Sadly, he noticed what my sign said, and he sneered and walked away. Then this conversation happened:


ME: Aw, where are you going? I thought we were having fun!
SIGN-WAVING BIGOT: I'm not scared of you. You just stay there, and I'll go over here.
ME: I'll go over there too. No big deal.
SWB: No, you go over there.
ME: No, I think I'll go here. This is a public sidewalk after all.
SWB: NO!
ME: Oh, what's the matter? Do you not like it when someone comes around you mocking & berating your very existence?


It is highly doubtful that we’ll be friends. The one bad part about this experience was that a woman approached me right after that exchange and very angrily asked me if I was gay, and what did I think I was doing. I paused and let her read my sign, and then she got it. She told me that she was about to say that I looked “gay as all get out” and I had nerve...were it not for me haveing to run to volunteer, I would have asked here what exactly was “gay as all get out” about me? I was wearing a t-shirt and jeans. What does “gay” look like, for that matter? In an era of Michael Sam and Anderson Cooper and Sheryl Swoopes and Ari Shapiro, I think we’ve proven that “gay” looks like everyone else.


Volunteering was fun. My friends set up a history exhibit on Friday, and given the amount of people that were helping at the peak and the amount of people giving us different directions, I felt like Yakkety Sacks should have been playing in the background. However, it looked AWESOME when it was done. On Saturday, we wristbanded people entering the Festival. I got hit on numerous times. Two drag queens asked if I’d be their baby-daddy. One of them had her mother with her...mom was very hot. this raises the question: is there any good way to ask a drag queen if you can get her mother’s number? During the Picnic, I just directed foot traffic with a bullhorn, so is was kind of like being at the parade, but I was yelling encouraging things instead of kvetching about not sharing toys and witchcraft.


So the weekend was fun and full of a few takeaways:

Pride is probably my favourite Rochester festival. The Lilac Fest is only enjoyable for me if I overdose on Claritin before I go. East End Fest should be renamed BRO-FEST DAY OF AXE SPRAY AND JAGER BOMBS! RAAAARGH! Jazz Fest is fun, but a little bit expensive. Perhaps next year for the parade, I’ll just get a 10’x15’ flag and figure out a way to roll it out in front of the hate-sprayers, completely blocking them from view. I’m taking volunteers now...
Posted by Chris Thompson at 13:28