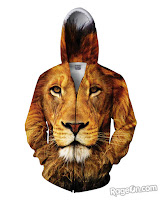 Current holder of the weekly title “Most Hated Man in America” goes to dentist Walter Palmer. He won the title for hunting and killing a Lion in Zimbabwe named Cecil. The lion was famous in Zimbabwe and live on a wildlife preserve, and Dr. Palmer paid guides $55,000 to assist him in tracking, luring, and killing this literal symbol of pride. The outrage of The Internet’s angrection™ was swift and mighty. People called for Dr. Palmer to be extradited and arrested at best. At worst, many wished him the same fate that he lay on the lion: killing, beheading, and skinning. Thousands of negative Yelp reviews were posted on his business’s page. He had to cut off his phone numbers, because he was getting death threats. His penis apologized for being so small, which may have led to him feeling the need to kill a protected species in order to feel like a man. One thing is certain: this is the first time I’ve seen so much outrage I’ve seen over someone of European descent murdering an African. There is a silver lining to this whole fiasco, though: We have figured out how to get people to care about black people dying: WEAR LION HOODIES! 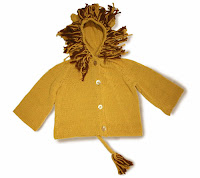 This is the best of both worlds. Oft times when something bad happens to us, our choice of garb is brought up, as if what we wear is the reason we were targeted. This year alone, 671 people were killed by police, and of those, about 43% of them were black or brown. Only a few of those make national news thanks to #BlackTwitter. Remember, it’s only August! That’s four more full months of killing to be done! However, if we all dress in lion-shaped hoodies, people will actually care about these deaths and call into question the integrity of the people who caused them!

This is not just about biased policing. People LOVE to bring the “why don’t you care about black on black crime” trope every time a Ray Tensing or a Brian Encinia pops up to beat up or shoot an unarmed civilian. Well the fact that this is a completely idiotic statement and that we HAVE been trying to do something about crime in our communities while you were all oblivious to it is now irrelevant. Imagine if everyone in the neighbourhood wore a lion hoodie. When someone from the hood shoots his neighbour, EVERYONE will care about it! Streets will be clean in no time!

All those churches burned down and no one seemed to care. Martin Luther King’s old church has its perimeter “decorated” with American Swastikas this past week. What if we draped those churches with Lion tarps? Widespread fury would sweep the land! Lions HATE confederate flags! We need to get Lion tarps for our buildings!

Ladies, get in on the action! When you are sexually harassed or worse, is your manner of dress first brought into question? WEAR A LION HOODIE! Everyone will come to your defense then! Sexually harassing a lion is a serious offense in most countries. This is a great way to get people to actually care about our corrosive rape culture.


I am going to go online and buy up all of the lion hoodies I can and distribute them to the community. It is sad that Cecil the Lion died at the hands of Walter the Micropenis, but let’s make some good come out of this. We now know the key to get people to care about issues that have been plaguing society instead of just blaming the plague victims.
Posted by Chris Thompson at 10:13