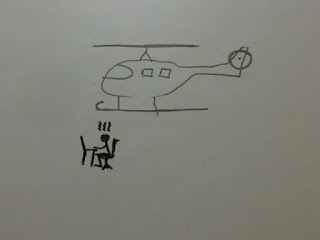 Boredom besets me, and I'm not having a good morning at all. Therefore, you must all suffer the wrath of my venting. This is not a story about my job, but a description of some of the characters with whom I work:

Construction of the kingdom is going along as smoothly as one can expect. Let us examine some of the characters who are “helping” with the construction. We know of the Nobles and their follies, but what of all the kings, and the masons, and the squires?

On the construction team is Squire Bugiganga, the narrator of the Tales of the . When he writes of his adventures in the Kingdom, he likes to speak of himself in third person for some reason. He also brings sexy back. He knows not where it went, but he brought it back.

Then there is Yorick the Short. He’s a very skilled engineer, a champion Thai kickboxer, a former enlisted officer in his country’s grand Armada, and a good friend…but he is short. This creeps out Squire Bugiganga, for he thinks short people are creepy. Did they not know of milk when they were growing up? What is wrong with them? Do they even have souls? Are there souls 1/8 the size of normal humans’ souls? Typing this makes Squire Bugiganga shudder…

YORICK THE SHORT: I finished configuring all these routers, and I installed the servers into the racks. All we need to do now is save off all our configurations.

SQUIRE BUGIGANGA: Man, you're short. I just want to punch you. How'd you even reach the keyboard to do any work?

YORICK: I jumped and guessed what keys I was punching.

BUGIGANGA: Ah, nice...I still want to punch you, though.

YORICK: I have a ball gag and a cat-o-nine tails in the car...

There is Brian the Bald, Master of “What-She-Said”. Brian is not only a skilled craftsman, and can point out what she said from the vaguest of sentences.

SQUIRE BUGINANGA: I figured out why this card isn’t working! It wasn’t properly seated. You really have to jam that thing into the slot hard and fast if you expect to see any lights and get the router to recognize it’s there.

BRIAN THE BALD: That’s what SHE said!

One stand out is the giant, Howvie the Large. He has a special power that he shares with the squires: He can make a suggestion, have it mocked publicly by the Nobles for weeks, and then have his suggestion executed without getting any credit for making the suggestion in the first place. He also has the power to clean up other people’s messes. Amazingly, with all the poop that gets dumped on his on a daily basis, he still seems to smell like roses. Also, he kind of sounds like that Bert from . Unlike Bert, though, his life-partner is a woman. Howvie the Large's favourite phrase: "It's like I'm f***ing Cinderella out here!"

Not all Squires are as productive as the others. There is one, Danistan, the six-foot hummingbird. He means well, but he knows not of what he should, and asks the same question over and over. He does not rephrase the question, he just keeps asking it.

SQUIRE BUGIGANGA: When you put paper in the printer and hit "Print" in this application, the printer...well...prints.

SQUIRE BUGIGANGA: When you put paper in the printer and hit "Print" in this application, the printer...well...prints.

SQUIRE BUGIGANGA: Inside each printer is a tiny enchanted forest inhabitant but tiny multicoloured woodland imps. They know of our existence and think of us as gods. When we wish for a document to be printed, we stare at the printer and silently demand our document to be printed. The imps, who are telepathic, hear our silent demands, and to avoid horrible head-exploding aneurysms (sp), raze their forest homes and murder their elders to use their blood as ink for the files we wish to be printed. For each page, it takes 1,000 imps and 5,000 trees, but time inside the enchanted imp forest is much faster than in the normal world, so by the time we wish for another document to be printed, their forest is replenished, and they have enough elders to sacrifice.

Worse, when the good Squires try to work, Danistan hovers very closely, about 50 centimetres behind us. One does not notice he is there, but can feel his presence. The hairs on the back of our neck stand on end as he hovers, wings flapping at 70 beats per second. Attached is an artist’s rendering of how this feels.

This was not a tale, but when Squire Bugiganga tells a story, hopefully, you will recognize the names.